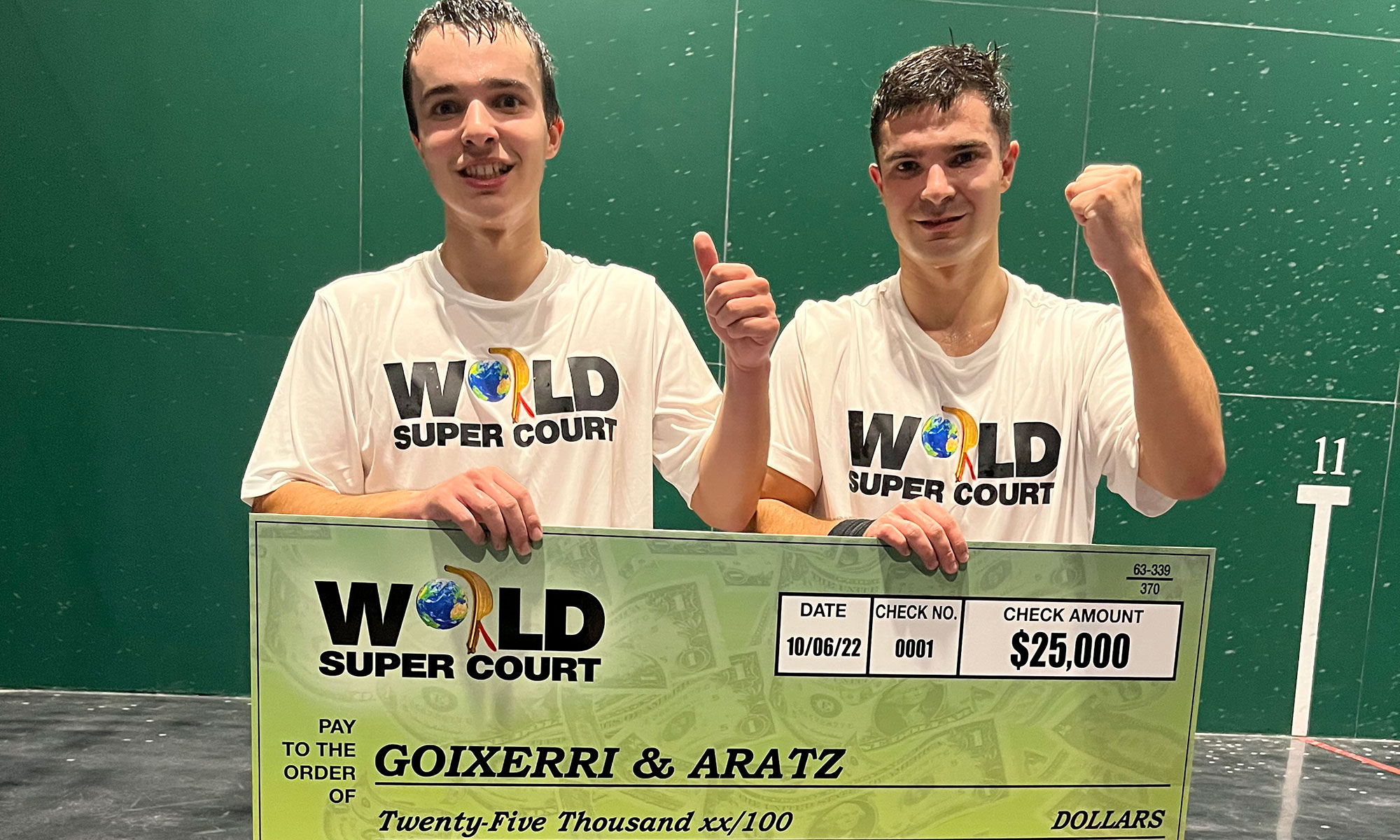 Miami, Fla. – Oct. 7, 2022 – Magic City Jai-Alai, the preeminent professional jai-alai league in the United States, hosted the inaugural World Super Court games on Thursday, Oct. 6, showcasing the top eight doubles teams in the world competing for a prize pool of $50,000. The event, considered Jai-Alai's most prestigious doubles tournament, showcased an exhilarating day of play with participants from France, Mexico, Philippines, Spain and the U.S., including four sets of brothers teams. The winning duo, Goixerri and Aratz representing Spain, won in an intense third set against fellow Spanish brother team Iñaki and Julen. The event was live streamed to more than 300 million homes across the globe.

“World Super Court was a fantastic display of jai-alai played by the best doubles teams in the world from Magic City’s glass-walled court,” said Scott Savin, Chief Operating Officer at Magic City Jai-Alai. “Congratulations to all the finalists who were featured in this globally watched event, to the four sets of brothers who made it to the semi-final round, and to the winning team Goixerri and Aratz who made a thrilling comeback in the last set,” said Savin.

Participants qualified over the summer by finishing first or second in tournaments held in Miami, Fla., or in Ispaster, a town in the Basque region of Spain. The World Super Court games were a joint effort organized by Magic City Jai-Alai and Federación Internacional de Pelota Vasca, spearheaded by the world-renowned jai-alai player Iñaki Osa Goikoetxea.