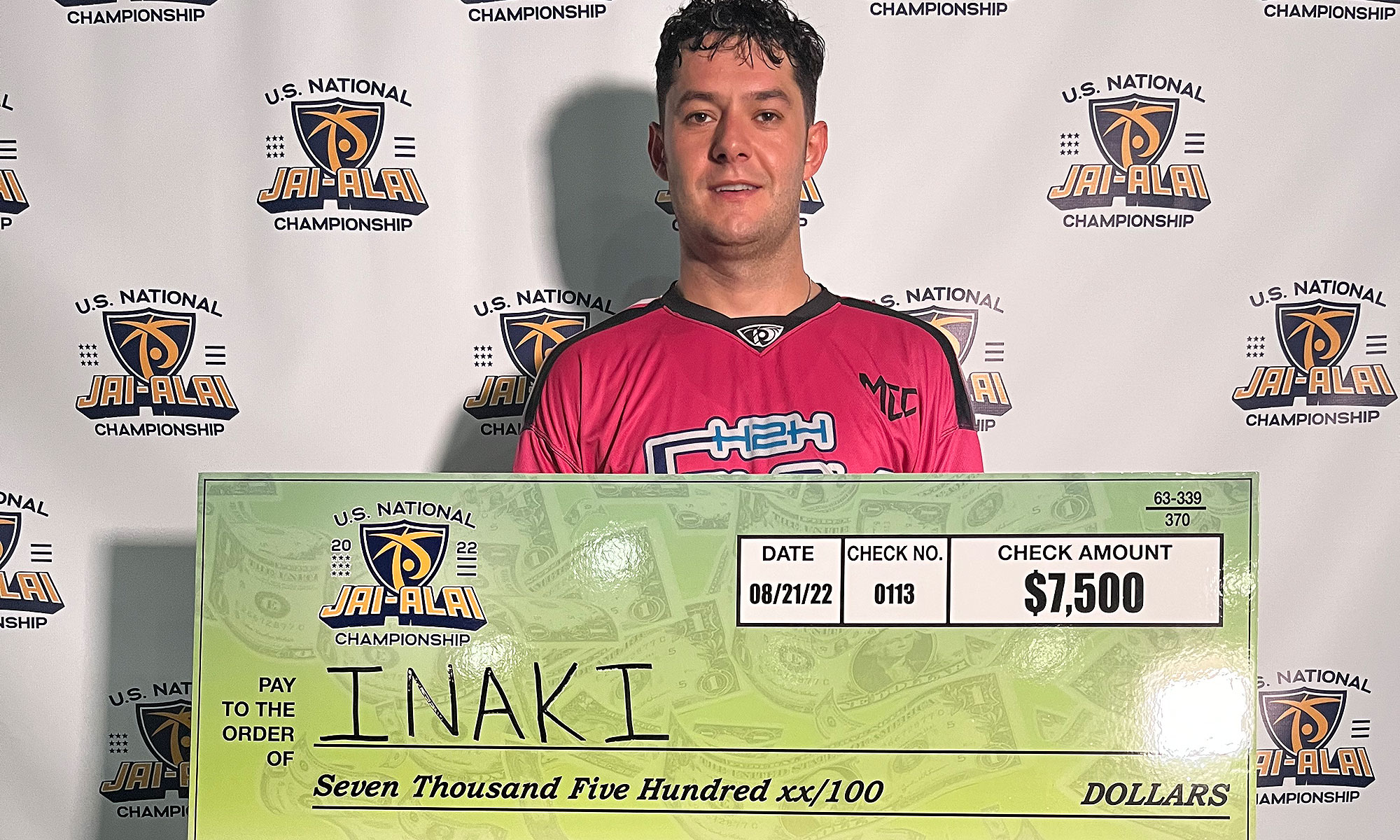 Miami, Fla. – Aug. 23, 2022 – The greatest jai-alai players in the U.S. faced off on Aug. 19 to 21 at the third annual United States National Jai-Alai Championship at Magic City Jai-Alai, the premier destination for professional jai-alai in the United States. The fully booked, three-day tournament took place on Magic City Jai-Alai’s state-of-the-art glass-walled court with more than $25,000 in prize money at stake and more than 60 athletes from across the U.S. participating. All three days of the championship were streamed on www.watchjaialai.com.

“We are proud to be the premier destination for professional jai-alai in the U.S. and are thrilled with the level of play and audience engagement around this event which continues to build every year. Fans really soak up this event and rally around the sport,” said Scott Savin, Chief Operating Officer at Magic City Jai-Alai. “We congratulate winners Iñaki, Goixerri and Aratz, considered among the top jai-alai players in the world, and all the participants who competed. The sport of jai-alai is thriving and looks forward to a robust new chapter with an expanded audience.”

The tournament kicked off on Friday, Aug. 19 with amateur participants in the Masters Division. Saturday, Aug. 20 was dedicated to the Professionals Division, and Aug. 21, featured the final competitions for both categories. The tournament was sponsored by BetRivers online gaming. The BetRivers Sportsbook & Casino service is operated by Rush Street Interactive, an affiliate of Rush Street Gaming, a U.S.-based casino group that owns and operates several leading land-based casinos in the northeast and midwestern portions of the country.