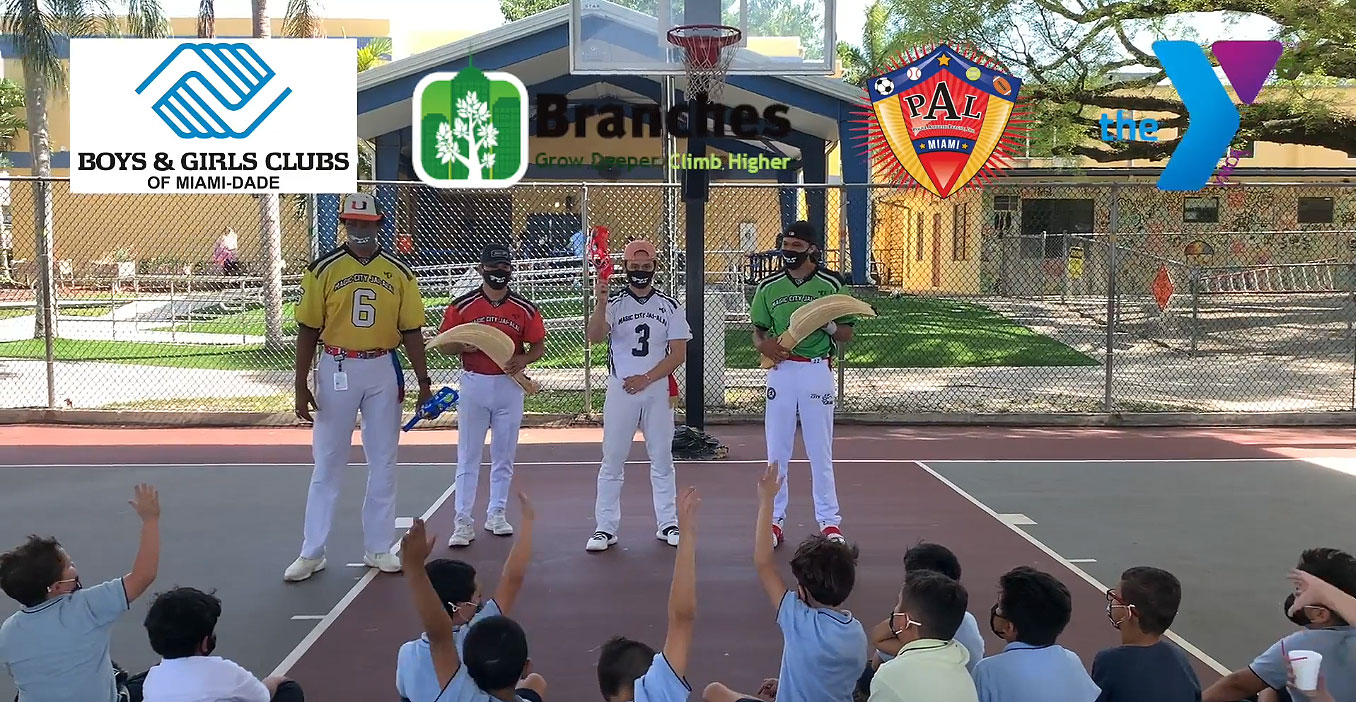 Miami, Fla. – August 9, 2021 – Magic City Jai-Alai gears up for the 100th anniversary of jai-alai being played in South Florida (2024) by sharing the legacy of the classic Miami sport with South Florida youth. Magic City Jai-Alai players have made stops at Boys & Girls Clubs of Miami-Dade, Branches, Miami Police Athletic League and the YMCA of South Florida to distribute toy cesta sets – the basket-style racket used in the game of jai-alai - and share the history of the “world’s fastest sport” and their passion for its future. The demonstrations were presented by Magic City Jai-Alai players – Chris Bueno, Anderson Correa, Tanard Davis, Ronald Madrigal and Darryll Roque.

“The cesta is jai-alai’s magic glove – it allows the ball to be launched and caught at speeds over 150 mph. By receiving a version of their own, kids get a glimpse into the excitement and thrill of the game,” said Scott Savin, Chief Operating Officer of Magic City Casino. “These visits are about keeping kids active and sharing a piece of local culture with them in the process. That’s what I call a win-win!”

As an additional learning tool, Magic City Jai-Alai will offer a free video tutorial and the ability to request a free toy cesta set from their website (https://www.magiccitycasino.com/jai_alai). Approximately 2,000 cesta sets have been distributed since April, with a goal to distribute an additional 3,000 sets leading up to the 100th anniversary of jai-alai being played in South Florida in 2024. Additional youth-oriented activities and giveaways are planned for the next three years, including jai-alai player trading cards and the return of Family Day, which previously featured kids’ activities on Sundays at the Magic City fronton.

“We were delighted to have Magic City Jai-Alai come out to teach the kids about the sport. The kids had a blast, and I think maybe the adults had just as much fun. We look forward to using the cesta sets in our future programming,” said Andra Barnes, Director of the Miami Police Athletic League.

In addition to being played all over the world, Florida is the only state in the United States in which professional jai-alai is still played. The sport has roots from the Basque region in Spain. The fronton at Magic City Jai-Alai is located at 450 N.W. 37th Avenue in Miami and is open to the public on Saturdays. For more information on the Magic City Jai-Alai program, the roster and the complete schedule of games, visit magiccitycasino.com/jai_alai.