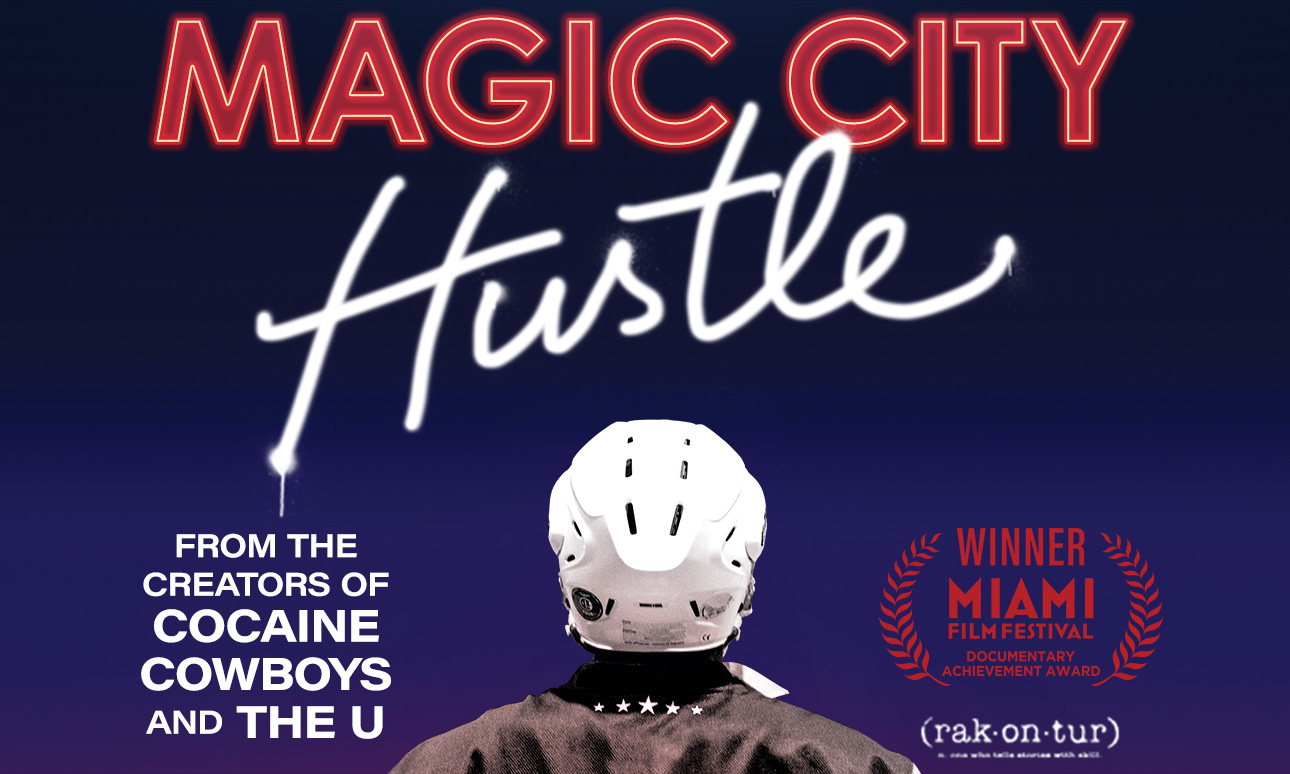 JAI-ALAI, THAT OH-SO-MIAMI SPORT, IS THE BACKDROP FOR AN ACCLAIMED FILM THAT JUST LAUNCHED WORLDWIDE

Miami, Fla. – May 26, 2021 – Magic City Hustle, a 2019 feature documentary from Emmy and Peabody Award-winning team Billy Corben and Alfred Spellman, is now available on iTunes and Google Play. The acclaimed documentary debuted at the 2019 Miami Film Festival and captured the Documentary Achievement Award that year. Magic City Hustle was one of two films that was entered in the 2019 Miami Film Festival by Rakontur, the Miami media studio founded by directorial duo, Billy Corben and Alfred Spellman.

“Jai-alai, a quintessential Miami sport, played by U.M. athletes, in a story that only Corben and Spellman could so authentically tell, is now accessible to a worldwide audience,” said Scott Savin, Chief Operating Officer of Magic City Casino. “Magic City Hustle’s themes of grit and redemption are irresistible as some of South Florida’s most celebrated former Canes take center stage and pursue greatness as unexpected jai-alai players. I promise you’ll find yourself rooting for these athletes and for the sport by the time it’s over.

Magic City Hustle explores the contemporary “gig” economy through which ordinary Miamians rely on to survive. According to a 2019 United Way survey, about 60 percent of Miami-Dade families earn less than it costs to live there. In this story, the hustle comes in the unique form of professional jai-alai.

Professional jai-alai, which is played throughout the world, was originally introduced in South Florida in 1924 and has been played exclusively in Florida since 2003. The sport, which is experiencing a resurgence, has roots from the Basque region in Spain, and is typically played round-robin style, in singles and doubles formats.

The fronton at Magic City Jai-Alai, the backdrop for the film Magic City Hustle, is located at 450 N.W. 37th Avenue in Miami and is open to the public on Saturdays. For more information on the Magic City Jai-Alai program and the complete schedule of games, visit magiccitycasino.com/jai_alai.