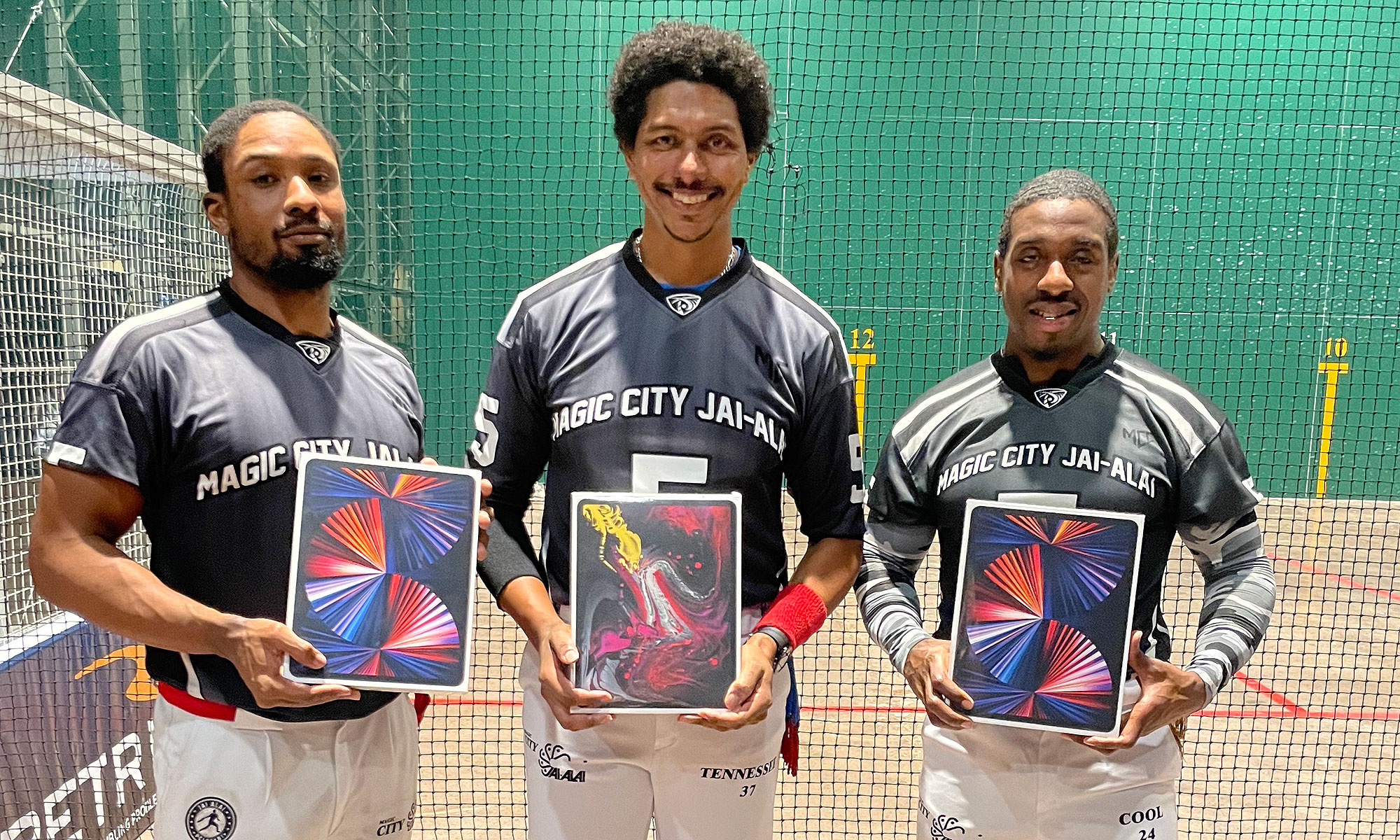 Miami, Fla. – Nov. 24, 2021 – Magic City Jai-Alai recognized some of its top players on Saturday, Nov. 20 at the closing ceremonies of its fourth season. The 28-week season, which ended officially on Nov. 23, featured a 20-player roster competing for $400,000 in prize money. As a result of legislative decoupling, the approaching season will leave Magic City Jai-Alai as the sole live jai-alai fronton in North America. The 2022 season will begin on February 14, 2022.

“It was a pleasure to cap off an exceptional season and to see the progress these athletes have made in four years,” said Scott Savin, Chief Operating Officer at Magic City Casino. “All eyes are on 2022 when we open with an expanded, more international roster where the synergies of the greatest jai-alai players in the country will come together on our glasswalled court. Being the sole live jai-alai fronton in North America carries a large responsibility (and spotlight) on this venue and on these players to do justice to the ‘world’s fastest sport.’”

The season’s highlights included hosting the U.S. National Jai-Alai Championship and having two Magic City Jai-Alai players (Matthew Langhans and Ben Langhans) win in both the Singles and Doubles formats in the Professionals division, the launch of a new game format – Jai-Alai Head to Head (H2H) which features two or four similarly skilled players competing against each other in a format akin to tennis, partnerships with BetRivers Sportsbook & Casino Service and LaLiga Sports and an increasingly popular TikTok channel.

Magic City Jai-Alai games can be viewed on www.jaialaichannel.com and www.watchjaialai.com. Magic City Jai-Alai H2H is streamed on LaLiga Sports viewable from Spain and is able to be wagered on through BetRivers in Arizona, Illinois and Iowa.